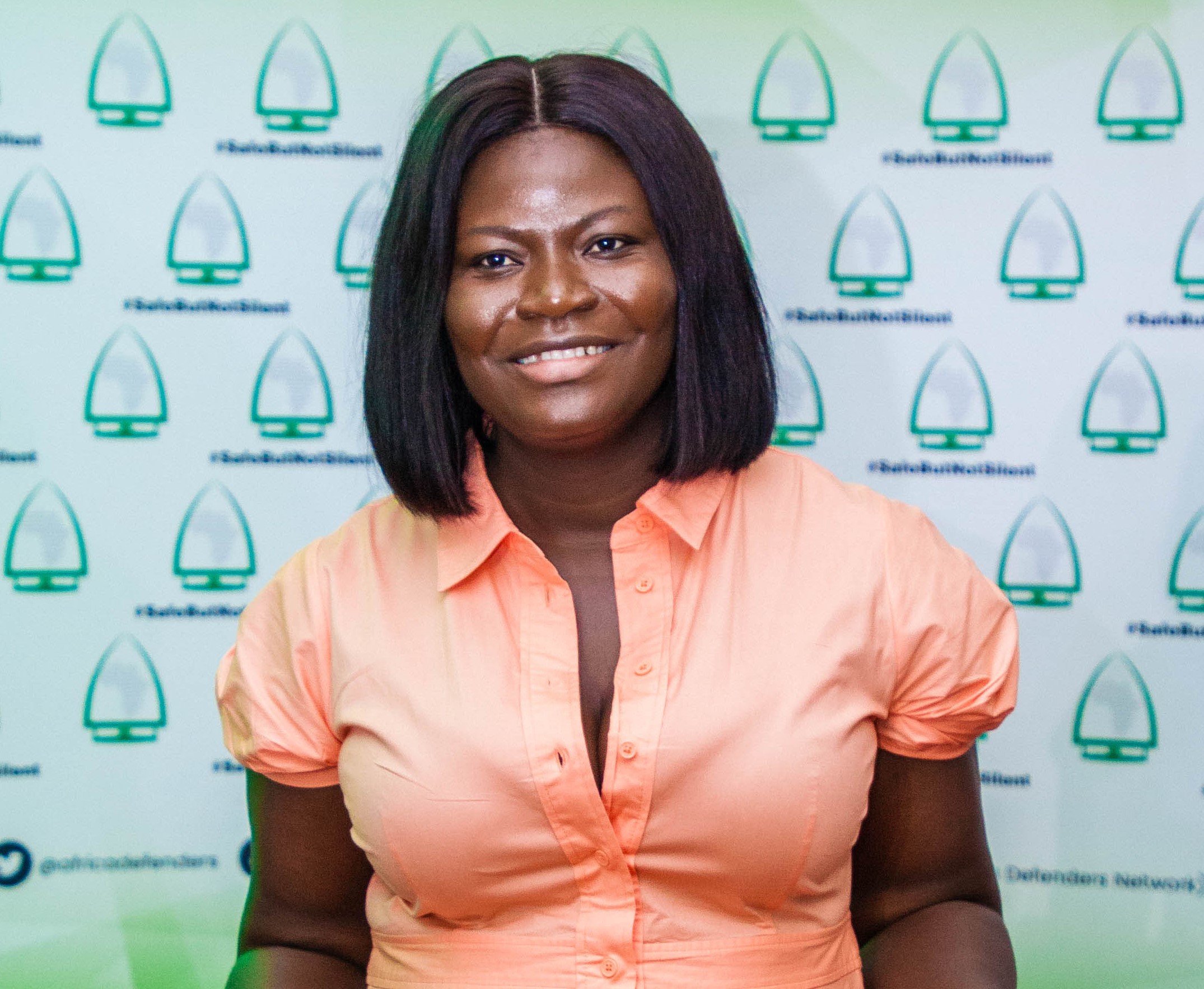 In Ghana, Esther Tawiah is one of the loudest voices for women empowerment and gender. It is also why she is one of the most loathed.

Born and raised in New-Tafo in the country’s eastern region, Esther grew up surrounded by a culture that frowned at the idea of women participating in public affairs, and witnessed firsthand, the backlash those who dared to challenge that cultural norm faced.

But rather than dissuade her, these negative cultural stereotypes fueled Esther’s passion for reform. At University, she immersed herself in understanding Ghana’s laws and Constitution, with the purpose of using both as tools for her advocacy.

“I read our (Ghanaian) Constitution and it unequivocally stated that men and women are equal. So why was social practice different? Immediately, I decided that this would be my calling – to correct these social injustices against women,” she says.

To actualize her mission, in 2011, Esther founded the Gender Center for Empowering Development, a non-governmental organisation focused on sustained advocacy and capacity development for Ghanaian women. Convinced that meaningful change needed to be instigated from the top, together with her colleagues, she started a program called the Young Women Political Leadership School, through which they set out to identify young, emerging women across Ghana’s political parties to mentor.

They also set out to sensitize women at the grassroots to demand accountability from their leaders at the local level, by equipping them with knowledge about how the budgeting process and the local government system work.

To further hold government accountable on their gender equity commitments, the Gender Center for Empowering Development developed the country’s first ever Maputo Protocol Scorecard, on which they annually appraise government on its performance regarding its commitments under the Maputo Protocol. This sustained advocacy has also seen Esther and her team achieve one of their much-sought aims – to have 30% of Ghana’s Local Government budget devoted to women initiatives and empowerment projects. Esther is also the coordinator of Accra/Ghana Ubuntu Hub City – one of the seven such cities under our Ubuntu Hub Cities Initiative through which we relocate at-risk HRDs so that they can stay #SafeButNotSilent.

“Our experience has shown that when you don’t back down, when you prove that you won’t be intimidated, you can achieve a lot of things,” she says.

As a result of their work, Fadia says that Sudanese now recognise forced disappearances as a state crime, and have gradually developed a consciousness and vigilance to look out for each other against state-inspired violence.

These efforts have not been without consequences. Fadia says she and her colleagues have been threatened together with their families, and that she continues to be randomly followed and her phones tapped. She says as women human rights defenders (WHRDs) in a deeply patriarchal society, they’re even more endangered because the society does not believe they should have any rights at all, much less a voice.

“While a man can go about his human rights work without worrying about anyone else, women must constantly worry about those in their care, like their children. So, WHRDs need more holistic support packages for their work, compared to their male colleagues,” she says.

Presently, Esther and her colleagues have completed a sexual harassment policy to protect women in the workplace against sexual abuse, and they are lobbying the Ministry of Gender to officially adopt it and have it implemented as part of Ghana’s gender laws.  Now a mother to a two-year old daughter, Esther says she is determined to leave behind a better world for her daughter and other Ghanaian girls.

“It is important that we leave behind a better world in which women and girls are free to contribute their quota to the development of their societies,” she says emphatically