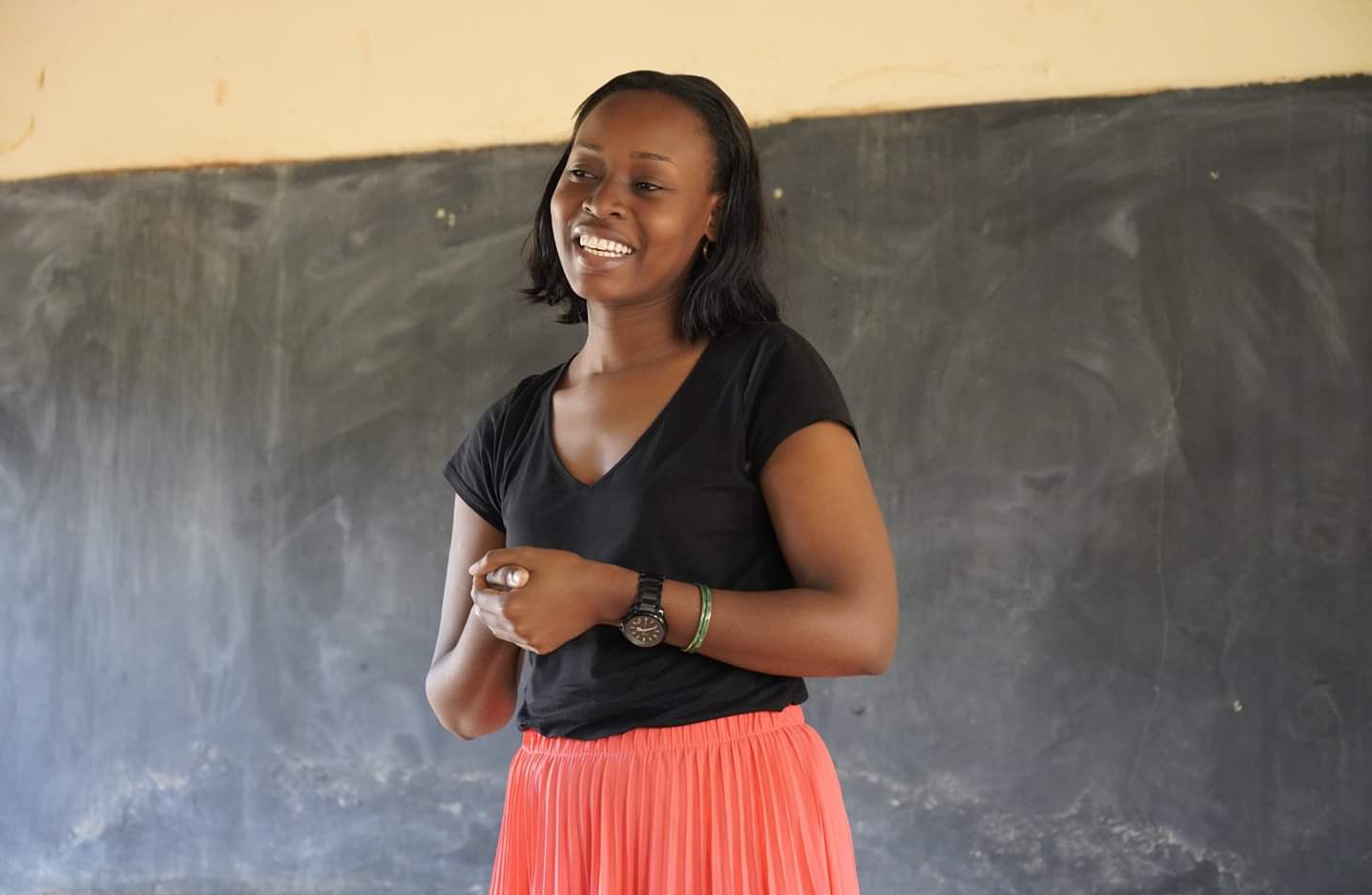 Gladys Mmari is a driven Tanzanian human rights defender (HRD), and the founder of MAFGE (Male Advocacy For Gender Equality) – a non-governmental organisation (NGO) focused on women empowerment through educating both women and men. “So much of the work that I do is cultural conversation. We have grown up talking about these issues among women, but now, I have to work with men as well – making it more challenging,” Mmari stresses.

She fosters the idea that male voices should be heard, and educated, in women’s rights, and that it is important to establish an equitable understanding between the genders, while breaking down gender stereotypes. “We need to stop romanticising the idea of women empowerment, and co-empower one another to achieve the goals of an equal world,” Mmari affirms.

After obtaining a law degree, she worked as a human rights researcher in Tanzania, with a focus on the African Court on Human and Peoples’ Rights and indigenous rights. Then, she worked for AfricAid, an NGO specialised in cultivating leadership in young women and girls. She recalls a young boy who, following one of her sessions, asked her why he could not participate in the dialogues. He also wanted to boost women and girls’ rights. “It was a turning point for me,” Mmari says. “The time has come to work together and empower each other to revisit the many socio-cultural constraints that have stopped us from equality.” Her organisation MAFGE was hereby born.

She also points out the political situation in Tanzania as a great hurdle. Political rallies in the state deviate and misconceive the importance of HRDs, putting them at risk. As she expresses a sincere concern for Tanzanian HRDs, she mentions that the government is currently registering all NGOs under a single entity. “Here there is potential importance of this initiative, as this could be used for something productive such as acting as a more centralised human rights platform allowing more structured approaches, information passage, and funding opportunities. It is a step forward, unless it is a political interest”.

Gladys will continue to fight for women’s rights. “Women are born into unequal societies, and their achievements are unacknowledged and their potential left untapped [..] I can imagine my children and grandchildren living in a world with equal rights, and that they’ll get the opportunities and securities that I missed as a woman. That’s what keeps me going.”

Through MAFGE, she is also running a crowdfunding campaign, to strengthen gender equality in Tanzania.