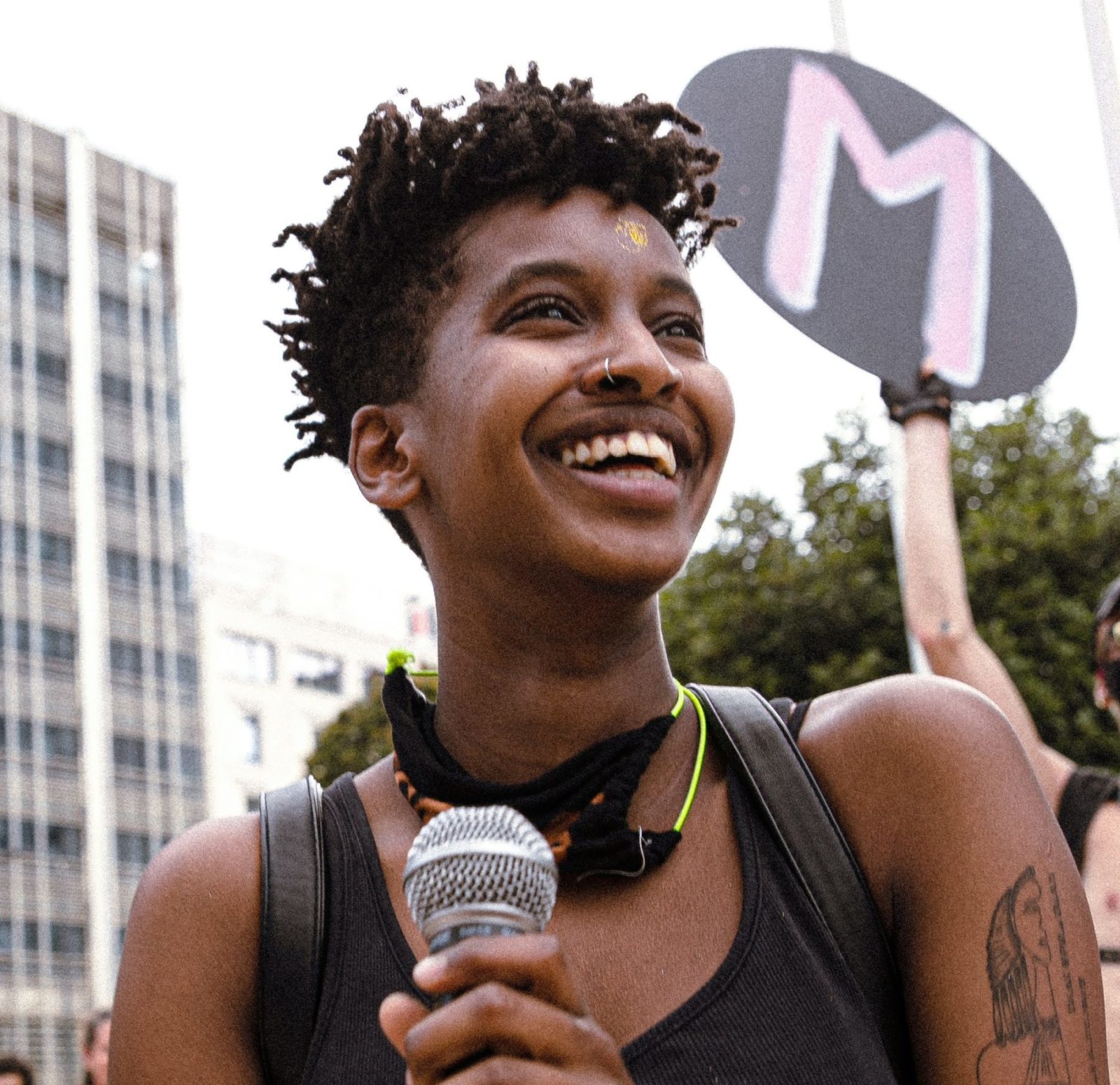 Malab, who is now 22, is a conceptual artist and activist – an artivist. Her form of activism mostly takes place online and is hard to categorise. She works with various organisations and has several ongoing projects, both online and offline, but a lot of her activism simply consists of posting her views online. Especially older generations are sceptical about this, she says: “It can be risky to express certain ideas so openly, but doing that helped me find a mini community of people who are willing to take the risk in order to see change.”

It can be risky to express certain ideas so openly, but doing that helped me find a mini community of people who are willing to take the risk in order to see change.

And Sudanese youth have certainly already achieved immense change. Sudan’s revolution was sparked by high school students protesting the steeply rising bread prices. Soon the whole country joined, with an average protester’s age between 17-23. Youth involvement, which includes anyone below 40 for Malab, had an immense impact on how effectively and strategically social media were used in the revolution. “Everyone went out with their camera ready to film and document everything,” Malab says. “In the beginning there were a couple of videos where you can hear people in the back saying: ‘they’re shooting at us, people are dying, why are you filming?’ But two months later no one was saying that anymore. You could see what effect documentation had: we were creating an online archive of everything that happened.”

“And who would have come up with campaigns like Mattar Blue,” Malab continues, “Who would have come up with making profile pictures a way of fighting, if not youth?” After the 3 June massacre, social media users worldwide changed their profile pictures to “Mattar blue” in honour of one of the victims, Mohamed Mattar. Protesters constantly came up with new campaigns, new hashtags. For many, Twitter was the most reliable source of information.

I receive hate online, threats, and very gendered backlash. But as a young woman, I am often not taken seriously. I try to be aware of that and actually use it, because I know I have some leeway to play around with. In this specific context, the patriarchy is actually working to my advantage, it’s a rare thing!

Working online creates a lot of visibility, which can manifest in hate speech or threats. Malab knows this all too well: “I receive hate online, threats, and very gendered backlash. But as a young woman, I am often not taken seriously. I try to be aware of that and actually use it, because I know I have some leeway to play around with. In this specific context, the patriarchy is actually working to my advantage, it’s a rare thing!” Seeing how quickly Sudan is changing and how outspoken her generation is, is what keeps Malab going: “There is a very big possibility for the future to be different. In a few years, these young activists will have more responsibility and a bit more access to power. That will make even bigger change possible.”