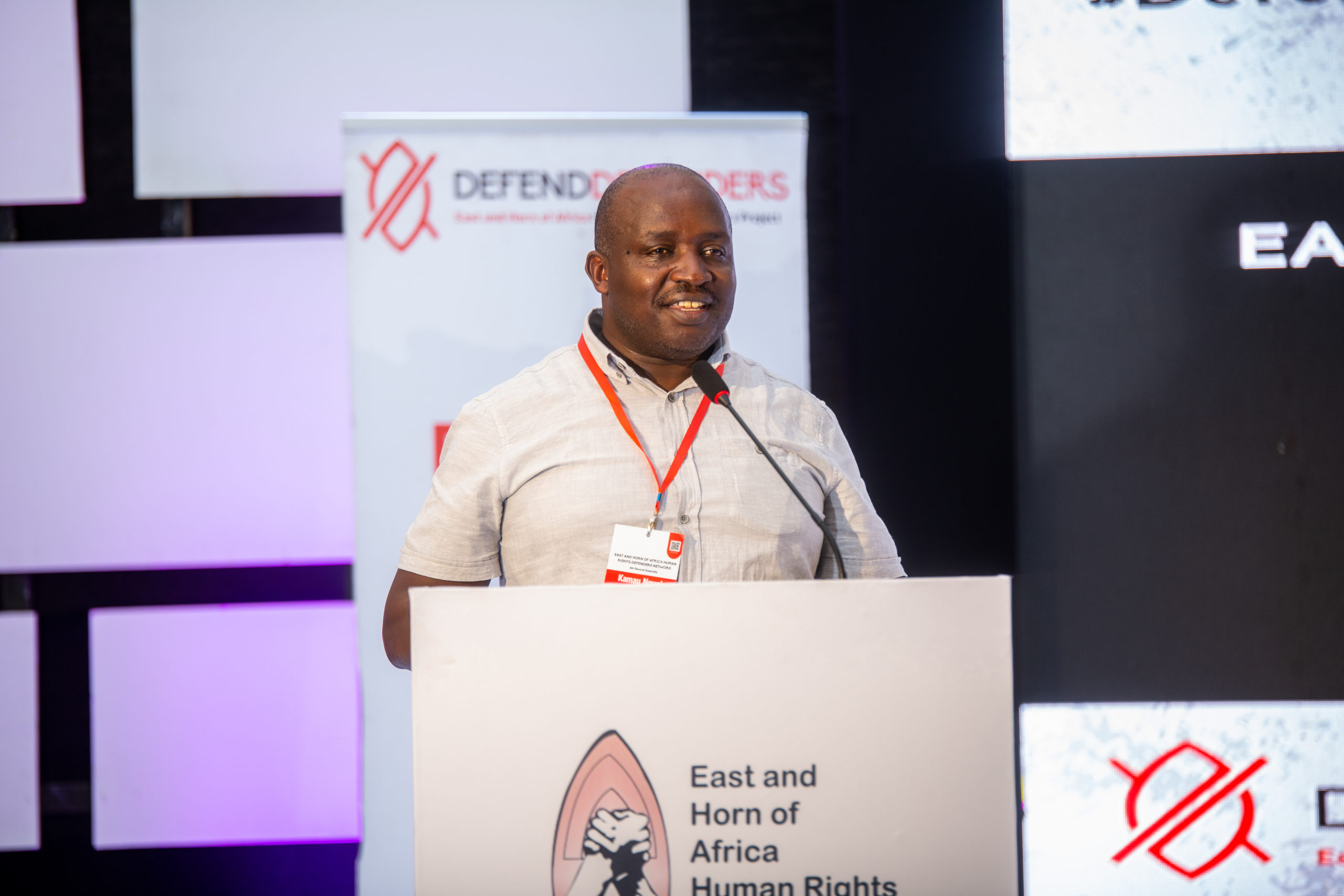 Born half a century ago in Kenya’s Rift valley region, Kamau is part of the generation of African activists whose human rights consciousness was stirred by the far-reaching impact of the IMF/Worldbank – instigated structural adjustment programs (SAPs) that were sweeping across Africa in the late 80s to early 90s.

The SAPs, as the programs came to be known, were a set of wide-ranging economic reforms that developing countries were required to adopt to qualify for financial aid from the IMF and the World Bank. They ranged from currency devaluation to significant reduction in public-sector spending, all of which had a massive effect on critical public sectors like education and health.

Kamau was a student at Moi University at the time and watched with growing concern as public funding for higher education was summarily suspended, affecting thousands of students from low-income families who could not afford University tuition.

“All of a sudden, education became a class issue only accessible to the well-to-do, leaving a significant majority in limbo,” he says.

“The brutal response of the authorities awakened us to the fact that the economic challenges we were demonstrating about were connected to a governance deficit in the places from where we were seeking answers. We therefore realized that to sustainably address the issues that were affecting us as students, we had to confront the wider governance issues of the country,” he says.

“Despite the significant strides made, Margaret says demand for their services remains more than their capacity to meet it. “Getting more volunteer lawyers to offer pro-bono services is difficult. Lawyers make a lot of money representing people, so asking them to devote themselves to free work is difficult ,” she says.

“I always see myself as a survivor. I never had the opportunity for people to come and talk to my mother to help her stand her emotional and physical distress that finally claimed her life. So, I come with empathy – I see every suffering woman as my mother. I want a better life for them. And it’s something that I enjoy – I fill fulfilled doing this work. When a woman smiles, I am encouraged to support more. Sometimes, they bring me chicken, goats, and whatever else they can afford. And it gives me so much joy” she says.

With that realization, Kamau joined an emerging movement of mostly student agitators from Moi, Kenyatta, Egerton and Nairobi universities, who were determined to challenge then President Moi’s repression of free expression and civic organising at institutions of higher learning. “Once we started, we were branded political opposition sympathizers and we were targeted for clampdown,” he says.

But Kamau would not relent. As opposition to President Moi’s dictatorial tendencies galvanized in the mid to late 90s, security agencies started targeting political opponents for arrest. Once in their custody, these suspects would be tortured to yield confessions to support their criminal prosecution. Once they got aware of this, Kamau and a few others started a pressure group called People Against Torture, via which they petitioned courts to outlaw torture-induced confessions in criminal trials.

This advocacy marked out Kamau for targeting by the wide network of Moi’s regime enforcers, forcing him to flee into exile in Canada in 2002. He would return to Kenya in 2010 to play a leading role in the newly launched Defenders’ Coalition Kenya, a coalition of human rights defenders (HRDs) founded to coordinate and offer solidarity to HRDs in Kenya who were increasingly vulnerable to attacks and repression as individual rights defenders.

As leader of Defenders’ Coalition Kenya, Kamau has since attracted over 1000 members into the fold, who have gone on to form HRD solidarity networks across Kenya. In addition to coordinating and supporting the work of individual HRDs, these also serve as social justice centers, where citizens can report rights violations for which the networks subsequently pursue accountability and justice.

“One of the things I am most proud of as a leader and member of Defenders’ Coalition Kenya, is the transformation of the title “human rights defender” or “activist” from a shunned identity into a revered one. When we started, nobody was willing to host or associate with us because we were deemed “risky.” Today, I am proud to note that because of our work, people proudly describe themselves as human rights defenders and more HRD-focused organisations are sprouting up. Furthermore, HRDs no longer need to go to exile to seek protection. The Coalition intervenes in all cases of HRDs at risk, and consequently, we have contributed to having a vibrant human rights community in Kenya that is confident they have dependable backup when they do their work,” he says.

As leader of the EHAHRD-net, Kamau hopes to build on these gains in his native Kenya to build an even bigger, more connected solidarity of HRDs across the 11 countries that make up the network.

“The subregion is still dogged by war and conflict and a mad rush by multinationals to exploit the region’s natural resources. Caught in this middle are the HRDs who are trying to ensure the protection of rights and demanding accountability for violations. I hope we can still build strong supportive HRD networks across the region and leverage human rights mechanisms at the regional and international level to ensure justice for victims,” he says.