Human rights defender of the Month (May 2019): Abdul Aziz Muhamat 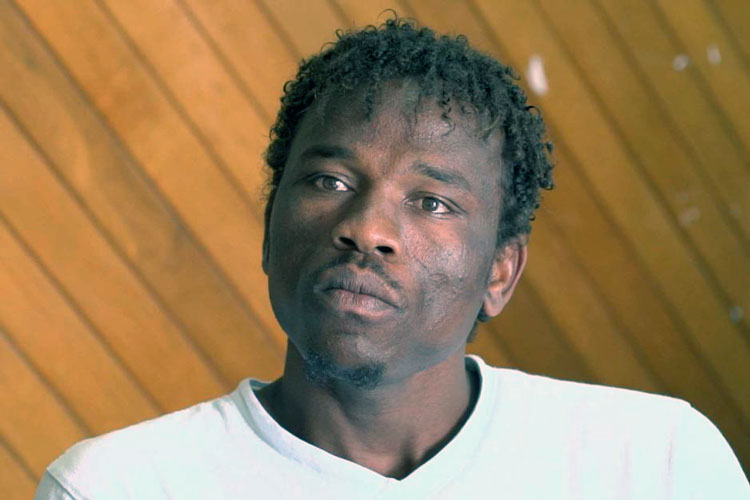 The Sudanese refugee activist and aspiring lawyer, Abdul Aziz Muhamat, was detained by the Australian authorities at Manus Island (Papua New Guinea), under inhumane and unsafe conditions, for six years. While trapped in limbo, Aziz continued to fight for the rights of the about 600 men trapped at the island. His human rights commitment led him to win this years’ Martin Ennals Award for Human Rights Defenders.

As a student activist in Sudan, Aziz was forced to flee as his personal safety was at risk. He fled to Indonesia, then boarded a boat to Australia to seek safety, before being forcibly transferred to Manus Island in October 2013 – Australia’s much contested “offshore immigration center”.

“I have seen friends die before my eyes, due to the treatment given at Manus Island, and I could not sit around and watch as the Australian government destroyed the hope and life of these good men.”

At Manus Island, people are narrowed down to numbers; Aziz became QNK002. “The dehumanisation and punishment at the island is a part of Australia’s strategy to hide their human rights violations from the world,” Aziz tells DefendDefenders.

Australia’s immigration policy has received much criticism for its inhumane conditions and treatment of people. The lack of resources, access to medical care, and decent food, followed by a high depression and suicide rate, has been condemned by several human rights organisations. “I have seen friends die before my eyes, due to the treatment given at Manus Island, and I could not sit around and watch as the Australian government destroyed the hope and life of these good men,” he says.

“I’ll keep resisting until one day we’re all free.”

Despite the harsh conditions and isolated location, as well as the risk associated with speaking up about right abuses, Aziz continued to protest. A defining moment was when he got hold of a phone, which enabled him to communicate and mobilize the human rights violations taking place, through social media channels and podcasts, stressing that “the phone saved my life.

At the island, Aziz is going under the nickname Mandela, illustrating his dedication to the well-being and rights of his friends, as he aims to maintain their hope for a better future.

Through the Martin Ennals Award, he was granted to leave to island to attend the 40th session of the UN Human Rights Council (HRC) in Geneva, where he met with the High Commissioner for Human Rights, UN mechanisms, and several human rights organisations, including DefendDefenders – with the key message being; “I’ll keep resisting until one day we’re all free.”

In June 2019, Aziz was granted asylum in Switzerland.