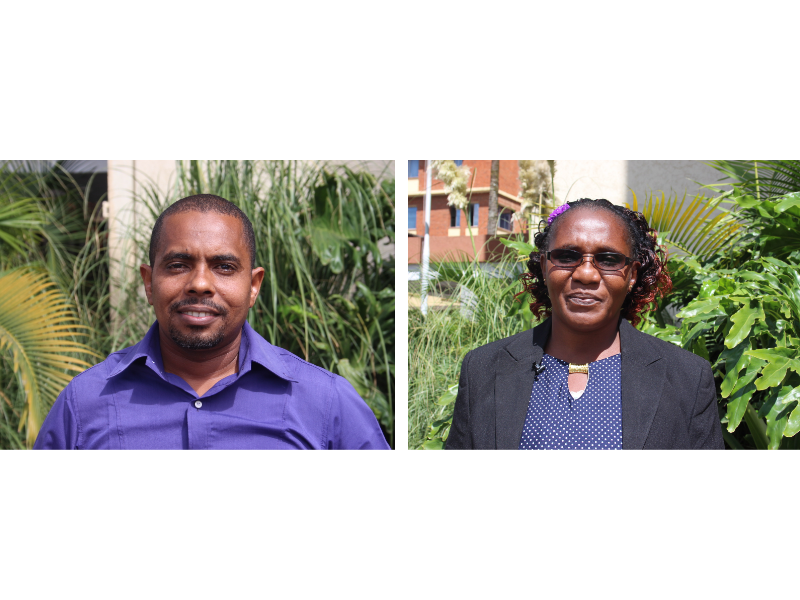 Anastasia Nambo was selected as award winner due to her extraordinary human rights work as an environmental activist in her local community in Mombasa. Since 2009, she has become a well-known and strong human rights figure in her community. When a metal refinery was established in Uhuru Owino slums in Mombasa, without the consent of the community, she initiated active advocacy and lobbying to close the refinery. Her efforts, together with other community members, culminated in the metal refinery being shut down in 2014.

While fighting for the human rights of the people of Uhuru Owino slums, she faced verbal attacks and anonymous threats, in addition to people attempting to break into her home. Her home was later demolished due to her advocacy initiatives against the refinery. The human right attacks she faced forced her to flee to Uganda for a while, for her safety.

Despite the challenges and violations faced, Anastasia continues to stand up for her rights, and the rights of the people in her community. She is dedicated to continue her resilience and to advocate for human rights, while encouraging others to follow her path to ensure that human rights are upheld.

Is’haq received the award due to his outstanding human rights work in the organisation, Save Lamu. The organisation, located at the island of Lamu, fights for the island community and environment, in the onset of the LAPSSET project – a regional project between Ethiopia, Kenya and South Sudan aimed at linking the three countries to each other, and to the rest of East Africa. Additionally, Is’haq is the founder of the organisation Lamu Coastal Indigenous People’s Rights for Development.

Through his work in Save Lamu, Is’haq sensitises the community on the environmental impact of the LAPSSET project, and protect the indigenous community during the process. He further represented the interests of the community by seeking legal redress through an environmental petition filed on human rights violations associated with the LAPSSET project. In addition to being an active HRD at local level, he engages closely with NCHRD-K and other Kenyan human rights platforms.

Is’haq has faced vast threats and harassment due to his human rights work, including from governmental officials. Yet, he continues to promote the rights of the people of Lamu, and push for justice and legal accountability for the environmental damages caused by LAPSSET. He is committed to protecting the environment and promoting the rights of indigenous peoples, in addition to encouraging and enhancing the efforts of HRDs in Lamu, and their ability to speak freely and stand up against violations by duty-bearers.