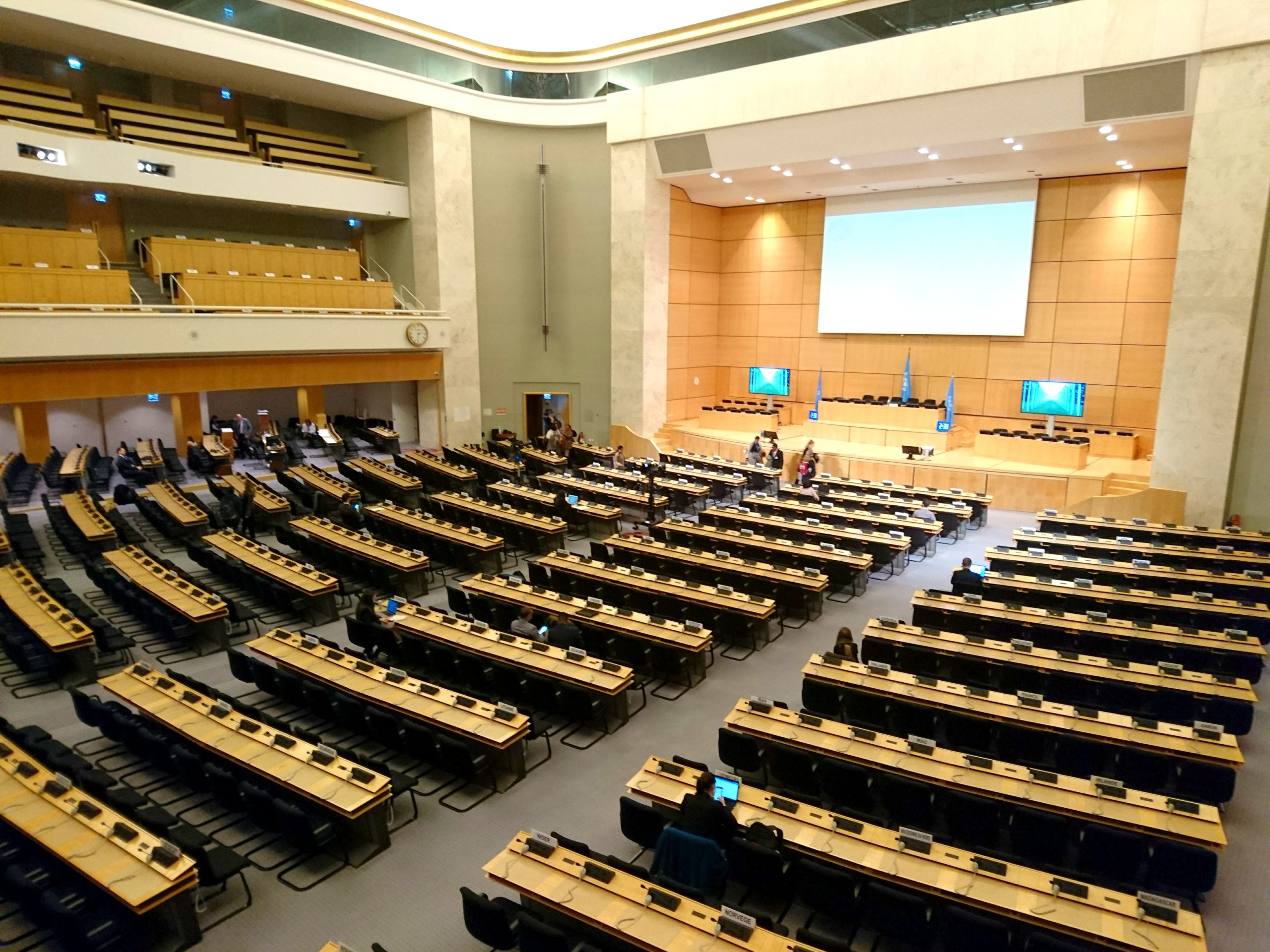 Item 10: Enhanced interactive dialogue on the oral reports of the Government of the Sudan and OHCHR (16 July 2020)

We thank the Sudanese Government and the High Commissioner’s Office for their updates. The last 18 months have brought about significant changes for the Sudanese people and Sudan’s relationship with the UN human rights system. With the necessary political will, societal sup­port and partners’ engagement, these changes have the potential of becoming systemic changes.

At the institutional level, we welcome the signing of a Constitutional Document, the formation of a Sovereign Council, and the appointment of a Civilian-Led Transitional Government. At the po­litical level, we welcome the symbolic value of these steps, as well as the Sudanese peace process, including Juba-hosted talks and the recent power-sharing agreement bet­ween the Su­da­nese Government, the Sudanese Revolutionary Front, and the Sudan Liberation Move­ment-Minni Minnawi faction.

At the human rights level, we welcome steps taken to improve respect for women’s rights, including the repeal of the Public Order Law, the recent ban on fe­male ge­ni­tal mutilation (FGM) and the fact that women no longer need permission from a male relative to travel with their children, as well as the overall opening of the civic and democratic spa­ce and the scrapping of the apostasy law.

At the judicial level, we welcome the prose­cu­tion of former president Omar Al-Bashir for eco­nomic cri­mes, but stress that he and other Interna­tional Criminal Court (ICC) indictees should be trans­ferred to the ICC to face justice. The re­cent surrender of Ali Kushayb to au­tho­rities in the Central African Repu­blic (CAR) and his trans­fer to The Hague showed the way.

We welcome the adoption of recent laws, namely the Rights and Justice Sys­tem Re­form Com­mission Act, the Miscellaneous Amendments (Fundamental Rights and Free­doms) Act, and am­en­dments to the Criminal Code (Amendment). More reforms are un­derway. Legal reform, ratifi­ca­tions, as well as a “full cooperation policy” with the UN have been announced.

We encou­rage Sudan to ratify the CEDAW and CAT Con­ventions without delay and continue to review legis­lation to bring it fully in line with inter­na­tional standards and the Constitutional Do­cument. The now ope­rational OHCHR country office can support these efforts.

As Sudan is facing a multi-faceted crisis with economic, health, social and human rights di­men­sions, and as Covid-19 is taking its toll, many challenges remain. Sanctions and the US admi­nistration’s listing of Sudan as a “Sta­te sponsor of ter­ro­rism” add to these challenges. Justice remains elusive for the egregious cri­mes committed under the 30-year Al-Bashir dictatorship, in­cluding in conflict areas of Darfur, Blue Nile, and South Kordofan.

We urge Sudan to prioritise the following:

As Sudan attempts to strengthen gains of its Revolution and prevent setbacks, the UN Human Rights Council has a role to play. While extending advisory services and supporting OHCHR’s work, it should extend its scrutiny of the situation by ensuring regular reporting and public de­­bates on Sudan, once the Independent Expert has completed his work. We look forward to, and stand ready to engage ahead of, the Council’s 45th session.

Item 4: Interactive dialogue with the Commission of Inquiry on Burundi (statement delivered in French) (14 July 2020)

Madam President, dear members of the Commission of Inquiry,

Today, we would like to send a message to the Burundian authorities. For nearly five years, Bu­rundi has been on the agenda of the UN Human Rights Council. Joint statements were de­li­vered; technical assistance was extended; a special session was held; and a Commission of In­quiry was established. Burundi made a mockery of its membership obligations, even with re­gard to abiding by a resolution adopted with the support of the African Group, in 2017. Session after ses­sion, States, UN officials, human rights experts and civil society organisations have exposed violations and called for accountability. Very few voices have supported the govern­ment’s views.

DefendDefenders and many partners – including Burundian, African, and international NGOs – have also repeatedly called on the government to resume cooperation and engage on the basis of facts and objective human rights assessments.

We wish we could stop listing the names of those arbitrarily detained or disappeared.

We wish we could stop producing reports and statements on violations.

We wish we could stop offering protection to those who have fled their homeland.

We wish we could see them return home.

Finally, we wish we could stop calling on this Council to extend scrutiny of Burundi’s situation.

We keep doing all of this because the situation has not improved.

After the sudden passing of President Nkurunziza, General Évariste Ndayishimiye was sworn in. This transition offers an opportunity to open a new chapter for the people of Burundi and its civil society. We encourage President Ndayishimiye to take a first step and grant pardon to all human rights defen­ders and journalists who are currently detained, including Germain Rukuki, Nestor Nibitanga, Egide Hare­rima­na, Christine Kamikazi, Terence Mpozenzi and Agnès Ndi­ru­busa.

Item 2: Interactive dialogue on the annual report of the High Commissioner (2 July 2020)

We welcome your annual report to the Council and the work of your Office in relation to the Covid-19 pandemic. As humankind is facing a multi-faceted crisis with human rights, health, socio-eco­no­mic and envi­ron­mental dimensions, and as human rights defenders and civic space are under attack, your leadership is more needed than ever. Regarding the human rights impli­ca­tions of the Covid-19 crisis, we stress that restrictions to a num­ber of rights, including to free­doms of peaceful assembly and movement, are legitimate, but that they must be grounded in law, temporary, non-discriminatory, necessary to protect public health, and proportionate.

Unfortunately, in a number of countries, violations have been reported. These include the use of exces­sive and lethal force to enforce lockdown and curfew measures, as in Kenya and Rwan­da; the targeting of minorities, including LGBTIQ persons, under the guise of combating the virus, as in Uganda; Internet shutdowns, as in Ethiopia; and attacks against journalists and citi­zens challenging government responses to the pandemic, as in Tanzania. Everywhere, an in­crea­se in gender-based violence, in particular domestic violence, has been recorded.

The post-Covid-19 world must be more equal, just, and resilient. Human rights have a central role to play, and there is also reason for hope. People peacefully ex­press their re­jec­tion of in­justice (as in Djibouti, which witnessed demonstrations in June 2020) or their desire for chan­ge, including through the ballots. Malawi is the latest example.

We encourage you to continue prioritising the use of civic space indicators and developments as objective criteria to assess country situations, as well as civic space restrictions as early war­ning signs of deteriorating situations, allowing for preventative engagement. We also encou­ra­ge you to use public advocacy and speak out when and where necessary.

Expressing concern over the killing of popular Oromo musician Haacaaluu Hundeessaa and its aftermath, we ask: what are your plans to address the situation and help Ethiopia overcome chal­lenges ahead of elections?

Item 2: Interactive dialogue with the Special Rapporteur on Eritrea (30 June 2020)

As Eritrea has entered the second year of its membership term, its domestic human rights situ­ation remains dire. The main issues, including violations of civil, political, economic, social and cultural rights, are summarised in a letter dozens of civil society organisations, including Eri­trean, African and international NGOs, made public ahead of this session.

Our analysis is shared by African and international human rights mechanisms. These include the African Commission on Human and Peoples’ Rights, which issued detailed concluding ob­ser­vations in 2018, the Special Rapporteur, the UN High Commissioner for Human Rights, and UN treaty bodies.

We welcome the fact that in February 2020, a dialogue took place between the Eritrean govern­ment and the Committee on the Elimination of Discrimination Against Women (CEDAW) in a more constructive spirit than during Eritrea’s 2019 review by the Hu­man Rights Com­mit­tee. Un­fortunately, despite the window of opportunity provided by this review, Eritrea continues to refuse to cooperate with the Special Rapporteur and reject findings of ongoing grave violations and rights-based recom­men­dations, inclu­ding in relation to the Covid-19 crisis.

As a Council member, Eritrea has an obligation to “uphold the highest stan­d­ards in the pro­mo­tion and protection of human rights” and to “fully cooperate with the Council.” The Council should urge Eritrea to make progress towards meet­ing its membership obligations. It should not reward non-cooperation by, but rather maintain scrutiny of, one of its members. We call on it to extend the Special Rappor­teur’s mandate for a further year.

Are there any areas where pro­gress is more likely to happen, including with regard to the bench­­marks for progress you identified? If so, what would be the key drivers of change?