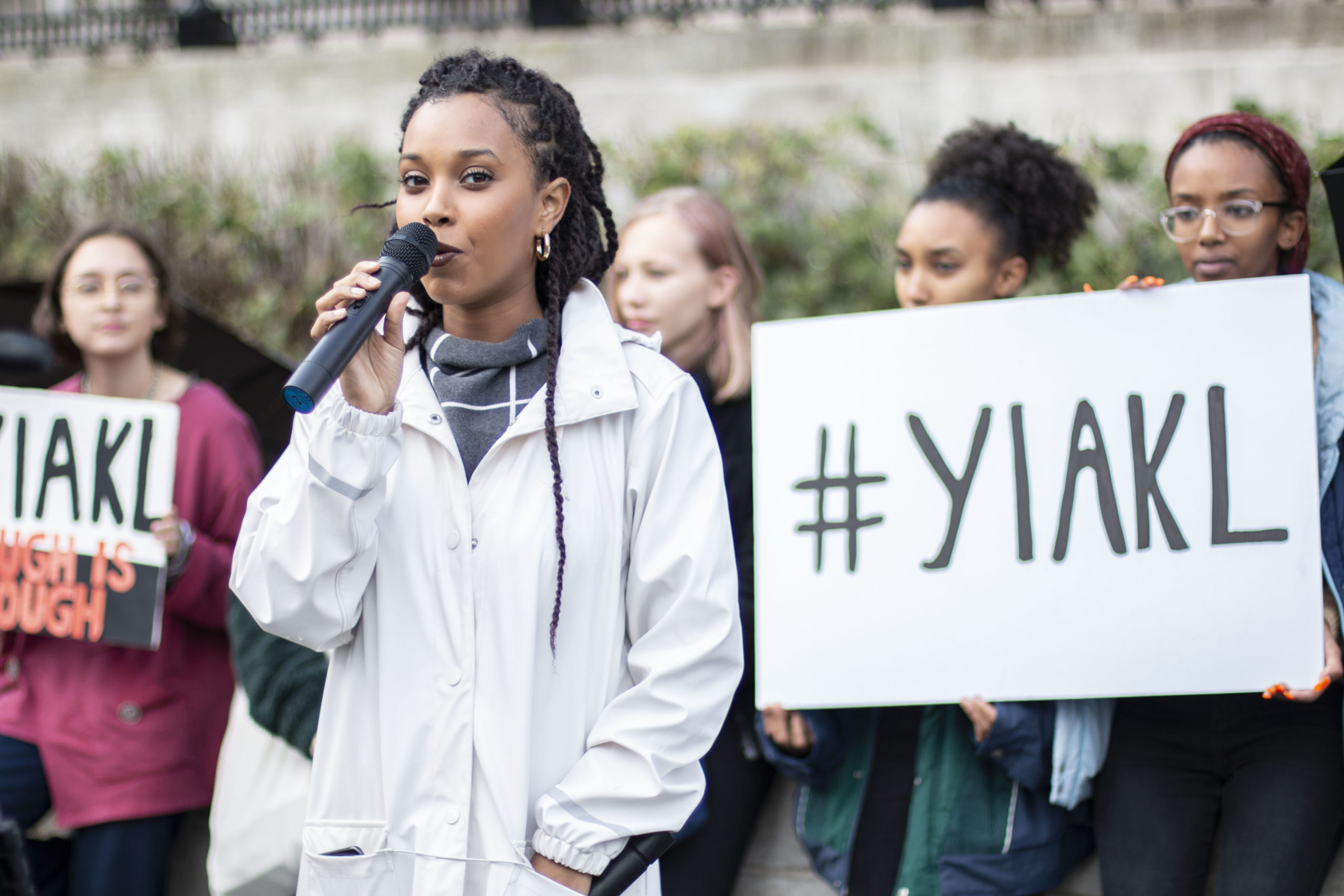 Vanessa Tsehaye started her work as a human rights defender (HRD) at an early age: at 16, she founded a high school group in support of imprisoned Eritrean journalist Seyoum Tsehaye. Seven years later, the same diaspora organisation, One Day Seyoum, is one of Eritrea’s leading human rights organisations – spear-headed by the now 23-year old Vanessa.

The man for whom it was founded, Seyoum, is Vanessa’s uncle. The journalist was arrested in 2001 during a crackdown on critics and non-governmental media. For 19 years now, Seyoum has been a prisoner of conscience, held without trial and under inhumane conditions, like so many others. “The Eritrean situation is very unique. In these past 19 years, very few things have changed for the better, if any,” says Vanessa. “Maybe it’s comparable to North Korea, this situation where opposition and civil society are completely banned and unable to operate within the country. Only people on the outside can mobilize and campaign. It’s very tricky, because it’s much easier to mobilize people within a country to organize mass protests.”

The Eritrean situation is very unique. In these past 19 years, very few things have changed for the better, if any. Maybe it’s comparable to North Korea, this situation where opposition and civil society are completely banned and unable to operate within the country. Only people on the outside can mobilise and campaign. It’s very tricky, because it’s much easier to mobilise people within a country to organise mass protests.

Yet, One Day Seyoum has evolved from a Swedish high school group to one of the leading Eritrean human rights organisations. “We can’t wait for things to open in Eritrea to start. There is value in doing things from outside the country as well,” says Vanessa. “Building capacity outside of the country is the most important thing we can do.”

One Day Seyoum’s main aim is to raise awareness about human rights violations in Eritrea and mobilise people to get involved. Recently, One Day Seyoum called on the UN Human Rights Council (HRC) to extend the mandate of the UN Special Rapporteur on Eritrea and maintain its scrutiny of the human rights situation in the country, together with DefendDefenders and partners. This follows years of international advocacy. In March 2019, the HRC invited Vanessa to speak on a panel during a debate on Eritrea’s human rights situation.

Currently, One Day Seyoum is working on different initiatives, including a refugee clinic supporting Eritrean refugees worldwide and campaigns on Eritrean issues targeting institutions or individuals. They will also soon launch a media channel to inform about the situation in Eritrea, targeted at non-Eritreans, Eritreans born in the diaspora and Eritreans born after independence. Especially the younger generation – those born after Eritrean independence in 1991 – often only have limited knowledge of their own country’s history. “This is a generation that knows barely anything about what happened with the democracy movement – that was killed very quickly in 2001 – or generally about the nature of the Eritrean regime outside of their own experiences. Their generation was deprived of that, because of the regime’s extreme censorship,” Vanessa says.

People are very scared to speak out against the Eritrean government. They are scared of the consequences for their families back home, but also of losing their position in the exiled community. The government has quite a strong grip on local communities across the world. Even if you’re not in Eritrea, you can still feel this grip, and you can get isolated.

The government’s power reaches far beyond the borders of Eritrea. Even in the diaspora, Vanessa is regularly confronted with online hate speech on social media because of her human rights work. These hate messages often come in waves, making it likely they are part of a larger strategy, though it is unclear who is behind them. It could be the Eritrean government, but it could also be other exiled Eritreans. “People are very scared to speak out against the Eritrean government. They are scared of the consequences for their families back home, but also of losing their position in the exiled community. The government has quite a strong grip on local communities across the world. Even if you’re not in Eritrea, you can still feel this grip, and you can get isolated,” Vanessa explains.

But the severity of the situation keeps Vanessa going: “I was lucky to be born outside of Eritrea, the situation of Eritreans within the country and of those who are fleeing is just unbearable. I really feel like the least I can do is raise my voice and try to help.”